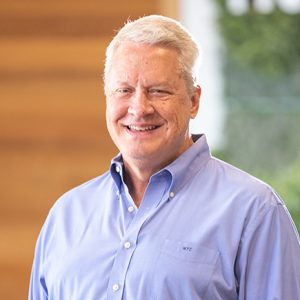 Bill and his wife Debi were married in 1987 and have been blessed with 10 natural children and, so far, 8 grandchildren. After growing up in a denominational church and attending religious schools, Bill found himself seeking true meaning in life in his early 20s. That’s when Bill first heard and responded to the Gospel.  Bill was stunned to learn that rather than being an arbiter of rules and punishment, God loved Him and wanted a personal relationship with him. Bill has been on an adventure with God ever since.

Professionally, Bill enjoyed 35+ years in the corporate world of TV advertising sales, research and operations. After yet another corporate acquisition in 2016, Bill left the corporate environment to pursue an ongoing successful career in residential real estate.  Bill is passionate about helping people. That passion drives his business as well as his work leading the Orlando West chapter of Sleep In Heavenly Peace, the local chapter of a national charity that gathers the community to build and deliver beds for children 3-17 who have no bed of their own. Bill also enjoys helping people understand and discover the ministry of the Holy Spirit through prayer and biblical instruction. Bill first attended Mosaic in 2010 before the expansion of the old Oakland campus and is excited to be serving as a lay elder at Mosaic Church in this season. Bill chairs the Prayer and Staff Care elder sub-team.